We offer you two days in Plovdiv- considered to be one of the oldest settlements of Europe and European
capital of culture 2019. The tour includes city tour, one performance in the Ancient Roman Theatre and 1 overnight in
4* hotel. Whether opera lover, music lover or a simply a tourist in Plovdiv – if you have the opportunity to attend
an opera in the Ancient Roman Amphitheatre, you should definitely not miss it.

Day 1
Pick up from your hotel in Sofia. Transfer to Plovdiv.
Plovdiv is home of the fabulous remains of the Ancient Roman Empire – the Roman Stadium, Roman Forum and the
Amphitheatre. The Old Town of Plovdiv, situated on the three hills of the ancient Trimontium, with its houses from
the National Revival period (18-19th century) is proclaimed an architectural open air museum. The tour offers a
charming walk through the historic center with a licensed guide to see the most significant monuments from Thracian 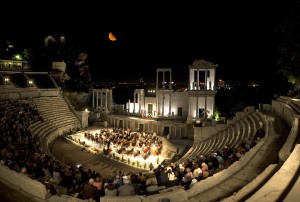 times, trough the Roman Empire period, the national revival, till the modern age.

An operatic experience in an incomparable setting- Ancient Roman Theatre, which was built at the end of 1st century
in the time of the Emperor Trajan. To see a performance at the stage of almost 2000 years old Roman theatre with its
unique atmosphere is a magical experience. The Opera Open festival takes place every year from June till the end of
July. Almost every day, different and daily changing opera performances are shown and you can admire the spectacle
of some of the most famous operas in the world like Carmen, Turandot, Aida and much more.
The opera voices of Bulgaria are one our biggest riches because of their uniqueness. Nowadays the Bulgarian opera
singers are leading talents all over the world. After the end of the performance you will be transferred to your hotel.

Day 2
Breakfast at your hotel. 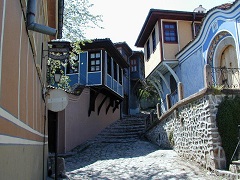 * The price is in euro per person and they are net!

* The offer is valid for the following dates, when there are scheduled performances:

The price does not include: